I did it! Three releases in one year.

And what a year it has been.

I remember planning out 2020 with the intention of relaunching Love's Intensity and publishing two stories, If It Kills Me and Danny R.O.S.S., both of which had been contracted previously with small house traditional publishers. With the closing of those companies, I was left with the decision to try other publishing houses or take the leap into self-publishing these manuscripts. This meant hiring editors and cover designers. Then, the stay-at-home order hit.
I reassessed and forged ahead despite the unknowns swirling around me. I reached out to a few people, not knowing if they'd be up for working with me. Some said yes, and others said no. With additional pieces coming together, I said a prayer and planned out the release dates: 7/11, 9/21, and 11/1. Though this year has not been free of sickness for my extended family, I persevered. Staying focused helped me deal with the unsettling moods popping up around me.
I present to you my three 2020 releases. Check them out on Amazon and please leave reviews. They are much appreciated. 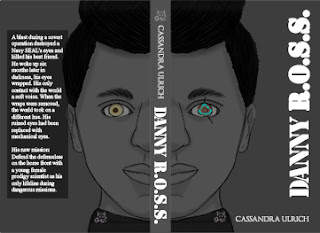 Leave a comment to let me know what you think. 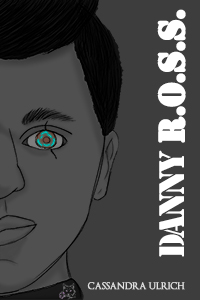 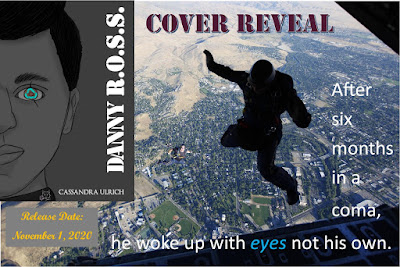 A blast during a covert operation destroyed a Navy SEAL’s eyes and killed his best friend. He woke up six months later in darkness, his eyes wrapped. His only contact with the world a soft voice. When the wraps were removed, the world took on a different hue. His ruined eyes had been replaced with mechanical eyes. His new mission: Defend the defenseless on the home front with a young female prodigy scientist as his only lifeline during dangerous missions.

Behind the Scenes: If It Kills Me

If It Kills Me is a story about a young man who falls in love with a woman who later ends up dating his roommate. As his friendship with her grows, he's tormented as to how he'll ever reveal the depth of his feelings for her. He's determined to make it happen even if he dies trying.

Inspiration / Muse:
Jason Mraz's song "If It Kills Me" is the inspiration behind this novella. After listening to his We Sing. We Dance. We Steal Things. album for hours, a story began to take shape. It didn't take long before a female response to the male character in the lyrics came alive as well. Sprinkle in the insecurities expressed in Rick's Springfield's "I Wish That I Had Jesse's Girl" and the plot takes off.
Theme:
Isn't it all about love? The thing most people crave and may struggle a lifetime to connect with that special someone. This story focuses on what happens when an opportunity is delayed. If only Jaeson had asked Jessica out the first time he saw her.
Journey:
I enjoy listening to songs and the stories they portray. When I start seeing a motion picture play out in my head, one of two things happen: I enjoy the daydream and let it go, or I start writing. Putting pen to paper didn't happen for months, but, once it did, I couldn't stop. I submitted the manuscript to five publishers before landing a contract. When that publisher closed, I submitted to yet a sixth publisher and signed another contract. However, after waiting about two years for an editor who never contacted me and a pending closure, I received back the printing rights and began working toward self-publishing this story, my first romantic comedy.
Meaning behind the cover:
A graphic artist hired by the second contracting publisher created the cover. Three tries later produced a cover I really liked. I'd purchased the photos of the guy and the hands holding the coffee cup to guarantee I got the look I wanted. Creating the perfect cover is nothing less than an adventure.
Impact / Tribute:
In the story, Jaeson's grandmother plays a special role in his life and reminds me of the grandma's whom I've personally known and loved. In fact, I've added a Bonus Poem after the story in the upcoming release as a tribute to my mother-in-law who passed away too soon. Look for this book on Amazon come September 21, 2020 and don't forget to leave a review.
The twelfth in the Behind the Scenes series is planned for October 3, 2020.

Cover Reveal for "If It Kills Me" 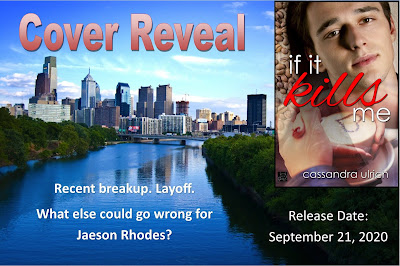 He just couldn't catch a break. That is, until he met Jessica Stewart.

After losing a promising accounting job, Jaeson secures a position at a coffee shop where he first meets Jessica. He instantly falls for her, but weeks later, he is shocked to find out his playboy-turned-suddenly-serious roommate, Rick Springer, is her new boyfriend. Jaeson, thrown into the middle of this mismatched pairing, is left tormented that he cannot have what he wants most. He's determined to let her know how much he loves her... even if he dies trying.

Behind the Scenes: Battle at Kitee

Battle at Kitee is a futuristic depiction of warfare in 2030 with a cast of characters, both human and mechanical, the reader won't soon forget.

Inspiration / Muse:
I enjoy watching Sci Fi Adventures, like iRobot, Bourne Identity, and G.I. Joe. I just never thought I'd write a story that painted a battlefield in a country no one can find on the globe with action worthy of the movie screen.
Theme:
The goal was to write about technologies that might have a place on the battlefield a decade from now.

Journey:
A fellow author and friend informed me about a Mad Scientist writing contest. At first, I thought...Neat. Then, I wondered if I'd ever be able to pull off a sci fi adventure story when I'd only written YA/NA sweet romances, an inspirational story, and poetry up to that point. An injury placed any research or planning on hold for about a month. By the time I recovered, only one week remained before the submission deadline. I wasn't going to bother until two coworkers encouraged me to give it a go. They said, "What do you have to lose?" So, I agreed to think something up, knowing I wouldn't be able to have anyone edit it before I pressed the send button. My research consisted of talking to a former military guy at my office and reading any websites he pointed me to. But what about the story? My mind was blank. So I said a prayer, asking for a scene I could write about. In an instant, the mental motion picture of the Battle of Kitee started running. Check out The creating of "Battle at Kitee" for additional information about the contest.

Meaning behind the cover:
No cover needed for this entry, but brainstorming one would be really cool.

Impact / Tribute:
I'm so glad I leaped into this story with the imagination of wonder as the words created an amazing landscape with self-aware drones and helicopters with personality. Thanks to my friends who encourage me to keep taking risks with my writing. It surely is a type of self-discovery.
The twelfth in the Behind the Scenes series is planned for September 5, 2020.