Behind the Scenes: Zach and Tosha in Just Between Us 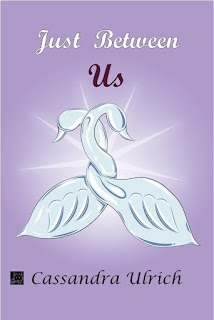 Just Between Us is a story about a pregnant single mom, Tosha, who is hesitant about giving love another chance after walking in on her daughter's father while he was with another woman. Tosha's friends assure her that blind date Zach is worth the leap, but she isn't sure this is the right move, especially now that she's pregnant with her cheating ex's baby.

Inspiration / Muse: One of the scenes in this story came to me during a weeklong bout with the flu back in 2012. High on fever, I dreamt up this drama-filled and sizzling romance novel. I was too sick to write notes as the scenes continued flashing through my mind. The story took on a life of its own. However, the pictures were so impactful, I never forgot what happened over the ten-year period it took me to prepare for its release.

Theme: Heartache happens to everyone at sometime during a lifetime. This story deals with how a person may respond to extreme betrayal and broken promises. Learning to trust again is not easy, even if the people around that individual can vouch beyond a doubt that this person is legit. Insecurities and doubts also play a part in how and whether the broken-hearted moves forward.

Journey: From 2012 to 2018, I'd worked on this story a little at a time. I read rough drafts to one of my older sisters as a bedtime story. She could hardly wait for me to finish the rest of it. When 2019 started, I focused on spending at least one hour per week building toward what I thought would be a novella. However, one some weekends, the characters wouldn't stop their chatter for hours. By mid-December of 2019, I finished the first draft of Zach and Tosha's story. I sent it to a Beta reader, but with the onslaught of the pandemic, it would take over a year before I received feedback. I'd missed the desired release date of January 20, 2021. Determined not to miss January 20, 2022, I pressed on to find an editor and a cover designer who could help me make that goal. In addition, I held a poll with fans to come up with the current title.

Meaning behind the cover: I asked the artistic, college-aged daughter of a work friend for help in designing a cover for Just Between Us. A swan sculpture plays a huge part in connecting Zach and Tosha, so both the Beta reader and I agreed that this symbol ought to be the focal point of the cover. I had so much fun fleshing out the idea during Zoom meetings and follow-up emails. Also, the purple color goes well with my icon pictured below.

Impact / Tribute: The special connection between devout siblings and close friends is the thread that flows throughout this novel. The value of these relationships revealed much during the past couple years. Many would not have made it through without them while others wished for such bonds. My heritage also played a huge part in this novel. I am a child of Kittitian immigrants. I found great pleasure in presenting what that is like through Zach's eyes.
Interested in purchasing a copy? Here's the link.
The fourteenth in the Behind the Scenes series is planned for a later date, so stay tuned.