This book is about a black teenage boy, Greg, and a white teenage boy, Steve, that switch bodies. Both of the boys have similar problems with their parents and each other tries to fix those problems. Steve has an abusive father that abuses his mom. Greg’s parents are divorced. When they switched bodies, they had a psychic link that allowed them to talk to each other from far distances. They spent the entire story trying to switch back. I would not suggest this book for middle schoolers because it has foul language and abusive content. 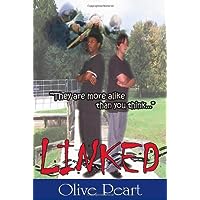