Love is in the Air Tour - Kyra Dune 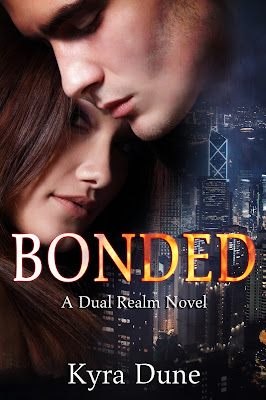 A man running from his past.

Desperate to escape the person he once was, Trey is constantly on the move. All he wants is to go home, only he can’t do that unless he can find a way to atone for the sins of his past. But can a man with so much blood on his hands ever hope to find redemption?

A woman hiding from her present.

Innocent of any wrongdoing, Sarah is nonetheless in serious trouble. Her brother’s actions have left her a target for a drug dealing gang leader who will stop at nothing to get back what belongs to him. With nowhere to run, how long can she stay alive?

A chance for the future

Two worlds collide in a dark alley beside an abandoned clothing store, sending Trey and Sarah down a path neither could have imagined they would ever follow. Together they can mend their broken lives. If they don’t rip each other apart first.

When he spoke, his voice sounded strange even to his own ears. “I’m afraid of myself.”
“Why?”
“Because... because I’m a monster.”
“What? No you’re not.”
“Yes, I am.” Trey lowered his arms to his side. “I’ve done things. Terrible things. You don’t know. Everything I touch, I destroy. It’s why they won’t let me come home. And it’s why you should get away from me. I’m sick.”
“Whatever happened in the past, it’s over now,” Sarah said. “I don’t care about any of it. I know you’re a good man. I’ve seen it. I can feel it. You can’t say or do anything to change my mind. And I’m not going anywhere.”
“I don’t want to hurt you.” The words were a broken whisper, a plea to the darkness inside.
“Then don’t.” She touched his arm, prompting him to turn and face her.
Trey gazed down into her sweet face, his emotions all tangled inside. “It’s not so simple.”
“Yes it is.” She rose up on her toes and kissed him.
Everything else disappeared except for the feel of her lips pressed to his. The anxiety. The fear. The anger. All gone. It was the purest moment of peace he’d ever known. He pressed his hands against her back, drawing her body closer as the kiss deepened. 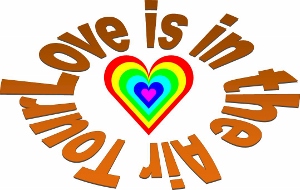