Review of "The Closer the Bone" by Leslie S. Talley


I received an ARC of this novel in exchange for an honest review.

Good Mystery! Clarice and Otis Campion, caretakers of a historic B&B in Daytona Beach, Florida, switched places with Fergus Flanagan, owner of a B&B on the Esplanade at Bray in Ireland. Clarice hoped things would turn out more uneventful than the previous two B&B exchanges. However, after neighbor, Seamus Quinn, bled out on their doorstep, Clarice began a private investigation to find the murderer. The more she learns, the deeper she’s drawn into the mystery surrounding each of her current boarders. Having them take off whenever the Garda come around to ask questions doesn’t help matters either. Will Clarice figure it out before someone else is killed? Or will she be the next victim for being a bit too nosy?

This story is a well written cozy mystery with enough twists and turns to keep my interest. I had hoped the revelation of the murderer to be more gripping. Nevertheless, I was pleased with how the clues led Clarice to the truth about every question that surfaced throughout the plot.

All in all, I enjoyed reading the story and recommend this book to mystery readers everywhere. 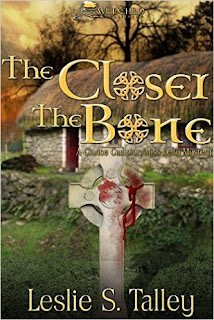