Love's Intensity started as a kind of dream.  For two months, Brad, Kressa, and their parents told me their story before I decided to write it down. Nine months later, the story for book one was complete, but it would not be the first released.  Sister novel, A Beautiful Girl, won that place of honor.

Almost a year after its release, the characters are still talking.  They continue to surprise me with the many twists and turns.  I look forward to crafting all the scenes into a prequel and sequel novels for your reading pleasure.

So what happens when a Mexican woman (Nina) and her family travels to America to work for her best friend (Bradford), the son of a couple for whom she worked so many years before? 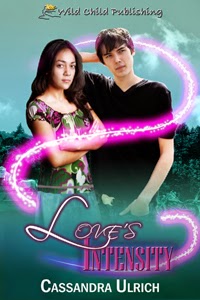