I'd like you to meet Angela Smith who wishes to give you a sneak peek into her upcoming novel, "Fatal Snag."  She hosted me last week on her blog and I'm excited to do the same for her today.  Be sure the read the interview below. 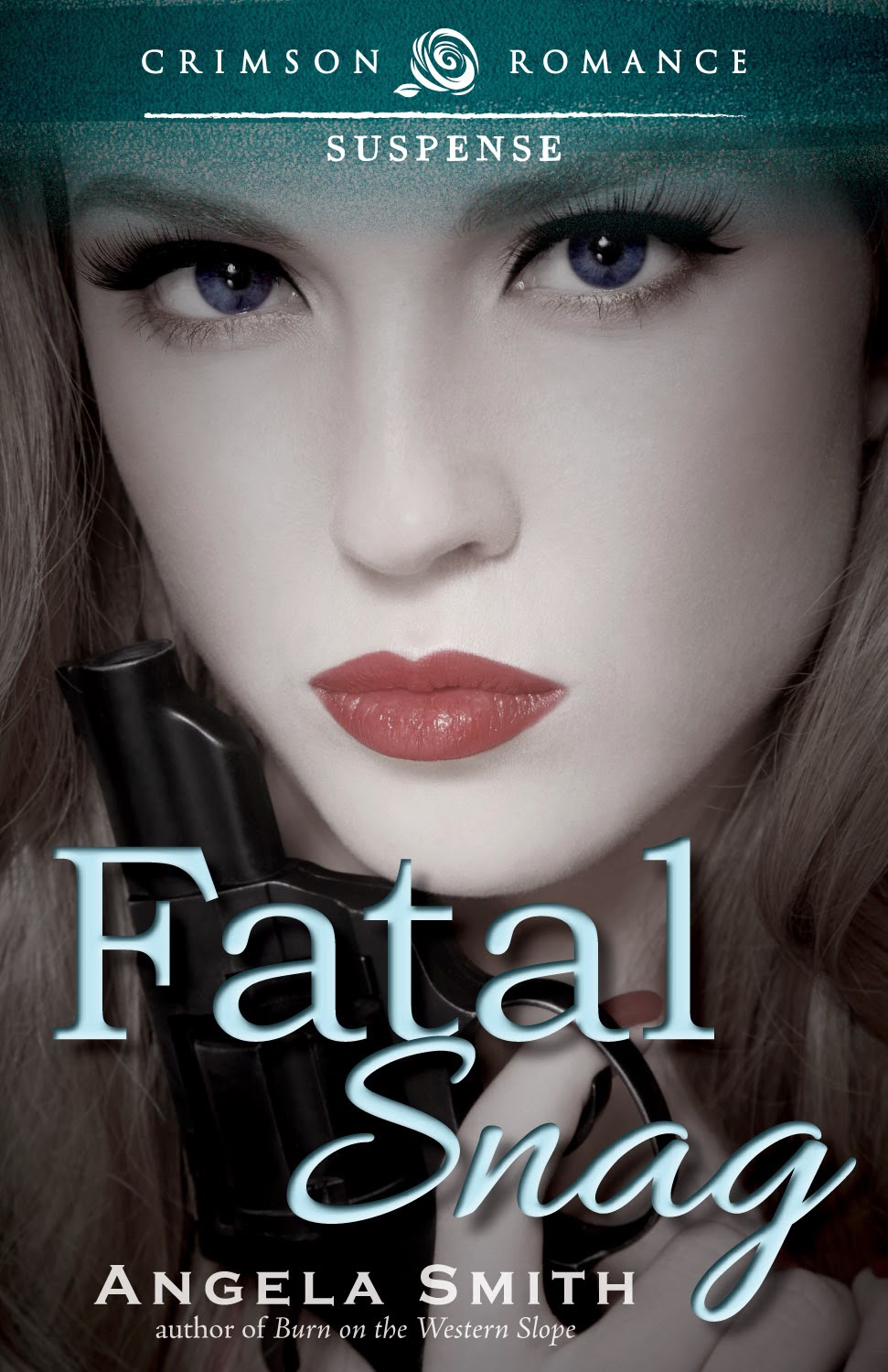 Hollywood fashion consultant Naomi Fisher is happy to use her obsessive-compulsive planning to assist with her cousin's wedding, but her history with the sexy and sullen Chayton Chambers, the groom’s brother, terrifies her. When the groom is kidnapped at his own wedding, Chayton and Naomi rush to find an important relic to satisfy the ransom before her cousin becomes a widow before a bride. Naomi trades garters for guns as survival, and love becomes a deadly game impossible to resist.
Information about the book:
Title: Fatal Snag
Author: Angela Smith
Genre: Romantic Suspense
Release Date: 17 March 2014

Now for the interview:

What intrigues you about Fatal Snag?
The hero, Chayton Chambers. Seriously, he and the heroine, Naomi Fisher, were two secondary characters from my first book, Burn on the Western Slope, who became stronger than I had expected them. So naturally, they had to have their own story. I’m intrigued by the entire series because of the setting (a small, fictional town on the ski slopes of Montana) and the heroes are somewhat extreme outdoor adventurers.

What is your favorite aspect of reading a novel?
I love the characters and I love it when the setting is like a character.

Are you a plotter, a panster, or both?
A panster at first, although once I get midway through I’ll stop and do some plotting.

If you were stranded on a deserted island and could only take one book with you, what would you take?
The bible because it’s a fascinating read and has many different stories. Science fiction, thriller, paranormal and romance can all be found within the pages, and if I were stranded all by myself, I’d want to feel inspired and hopeful. The bible can do that for me.

If you were stranded on a deserted island and could only take one song with you, what would you take?
Sweet Child of Mine, by Guns N’ Roses

Are you working on any projects right now?
Yes! Finalizing my third and final book in this series, and have a draft started on a new story.

Do you see writing as a career?
Absolutely!

If you had the career of your choice, what would you choose and why?
A full-time writer.

Is there anything you find particularly challenging in your writing?
Sometimes, just sitting my butt in the chair and getting started, especially after a long day of work.

What advice would you give to your younger self?
I would tell myself to keep fighting, keep writing, keep dreaming and do not stop, do not wallow, do not give up!!! Oh, and especially not to take 5 years off from my dream of writing after publishing my first novel.

Have you always wanted to be an author?
I was about nine years old when I discovered I wanted to be a writer, although I’m pretty sure I knew at birth.  My mom read so much to me that I could recite books before I was able to read, and then she gave me romance novels with words I could barely pronounce, must less tell you the meaning.  And yet I didn’t end up damaged.  I always thought I’d like to write but didn't give it a try until I spent a week with my aunt, who wrote poetry.  She helped my sister and me pass the time with writing and told us it was okay if we just wanted to rewrite a movie that we loved and write it how we would want it to go.   Right about that time, I was diagnosed with diabetes, and writing helped me get through those first few years.  Writing was just something I knew I had to.
What is your most interesting writing quirk?
I don’t really have a writing quirk.  I can write anywhere, anytime, with or without any habits I might have devised.

Where do you get your ideas for your novels?
Oh, everywhere!   Life, news, events, dreams.  It’s hard to say.  I personally like to believe my stories are about characters that exist in a different realm and speak to me, begging me to tell the world their story.  Sometimes there’s a lot of murkiness between our realms and I have to work hard to listen.
Is there a message in your novel that you want readers to grasp?
True love is worth fighting for, and sometimes miscommunication can damage something really good. Love is a mystery and takes work to solve, but it’s all worth it in the end.

Surprise flashed through his brain, but he narrowed his eyes before it had a chance to erupt on his face. He edged closer. In her heels, her nose usually touched his chin, but now the top of her head came under his chin. Her breath curled around his cheek, exerting an agitated pull on his hormones that left him shaky and hesitant. He camouflaged that hesitation with cockiness and confidence.
She inched her nose higher. He leaned down to look at her, his face a fingerbreadth from hers. “Maybe that’s your problem,” he grumbled. “Maybe you can’t get over the fact that I never tried to kiss you.”
He closed in on her, pinning her against the wall as he settled his hands on the wall near her head. She couldn’t move with him so near and he made a point to trap her.
He remained that way for several seconds, staring into blue eyes of defiance as they breathed in each other’s breath. His pulse hinged precariously close to plunging overboard and disrupting his steady poise, but for now he held on.
Then he kissed her. Hard. Briefly. Fervidly. Heat traversed from his toes, agitating his shaky thighs and roosting in his loins only to explode behind his eyes.
She deepened the kiss, a slight brush of her tongue against his. He held on another brief moment then dropped his hands and backed away before his point became futile. Swiping a hand across his mouth, he pinned her with a hard gaze. “Is that better?”
“I’m not here to ask your forgiveness.” 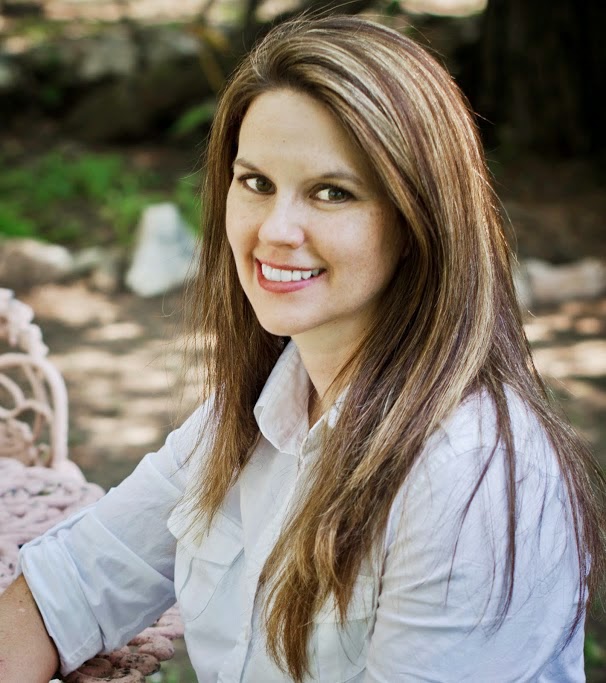 During her senior year in high school, Angela Smith was dubbed most likely to write a novel, and that has been her dream ever since her mother read Brer Rabbit to her and her sister so often that they were able to recite it back to each other before actually learning to read. She’s always enjoyed stories about the adventure of love, and getting involved in the legal field developed her love of suspense. A certified paralegal, work gives her perfect fodder for her romantic suspense stories. When not caring for her small farm or spending time with her husband of two decades, she enjoys creating, reading, and dreaming of the places she’ll visit one day.

Angela Smith LOVES talking to readers. You can contact her in the following ways:

It's been a busy month.

I just realized I haven't posted much in the past month.  I must admit I've been busy proofreading Love's Intensity for an upcoming print release.  Yes, you read that right.  So many of you have asked me when it would happen.  I'll let you know when I have the release date.

I've also been busy making my rounds to various blogs.  Some of them are Angela Smith's blog, Michele Wiegert's blog, Mychael Black's blog, Eloreen Moon's blog, and Sarah's Storylines.  Love's Intensity was also featured on the cover of Romance Lives Forever. Getting the word out keeps an author pretty busy.

I also landed my fourth book contract for If It Kills Me and I continue to write updates to some of my many in-progress stories.

That's all for now.  Be sure to return here on Saturday, March 8th, for my blog interview of Angela Smith and revelation of her upcoming release.
at 8:57 PM No comments: